Just before World Emoji Day on Sunday, we are getting a glimpse of new emojis that we might get to use on our phones in a few months. Folks at Emojipedia have drawn up a draft version of selected submissions in Emoji 15.0 that contains, among others, a pushing hand, a shaking face (or I’m SHOOK), a moose, a goose, the long-awaited pink heart and a Wi-Fi/wireless sign (Finally!).
Emojipedia says these draft versions will get approval from the Unicode consortium in September, but some of them might not make the cut. The new draft also includes gray and light blue hearts, a folding hand fan, ginger, a pea pod, jellyfish, maracas and a flute. 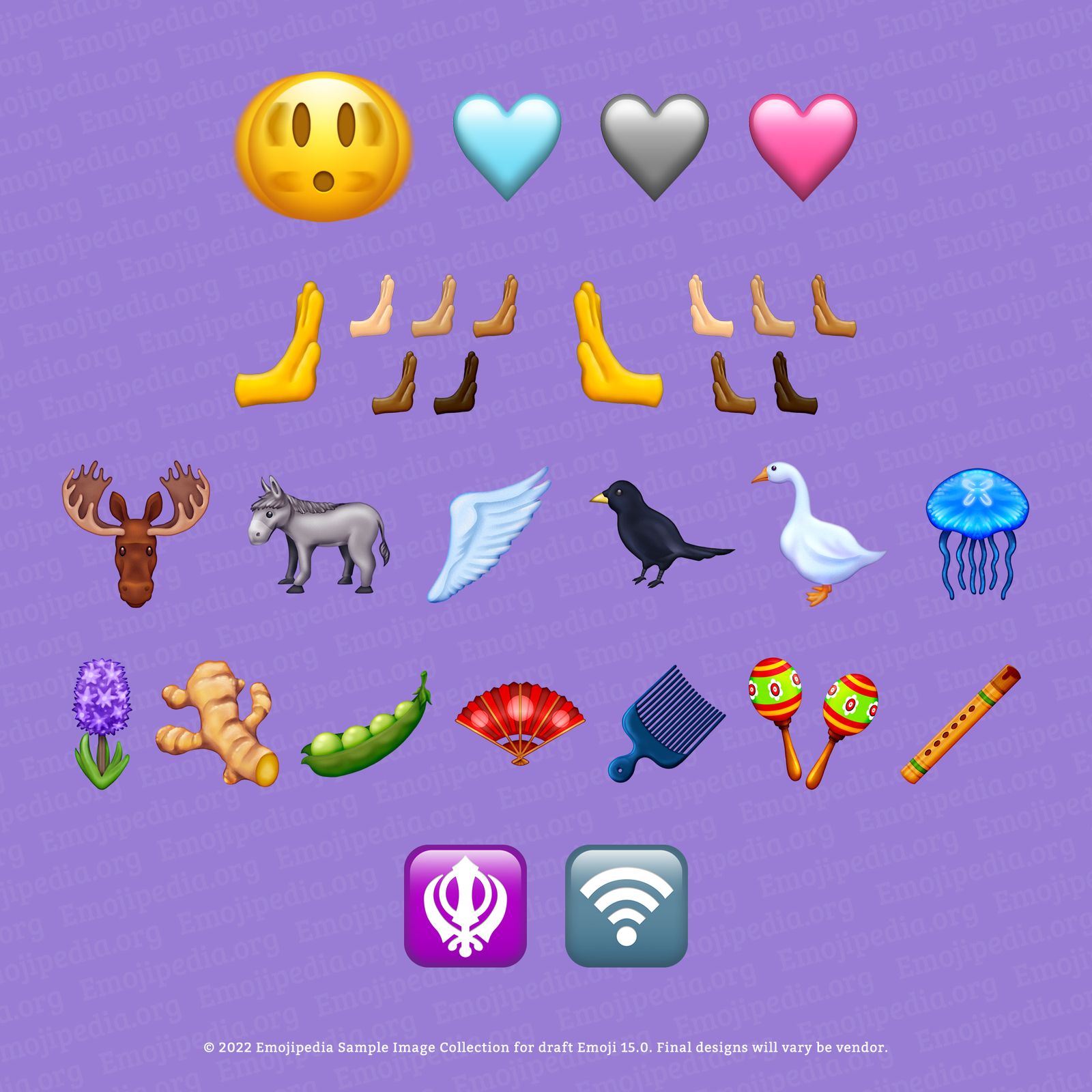 Image Credits: Emojipedia
Once the final list is out, software platforms like iOS and Android will release them in a future update. So we might have to wait for a while before we can use them. Plus, as Emojipedia’s illustrations are draft versions, we might see some emojis take different final avatars while rolling out to end users.
“Based on recent years, the final version is likely to resemble this draft list. This means that no new emojis will be added at this stage, though there’s a slight chance that a draft emoji candidate is changed or removed ahead of September,” Emojipedia said.
The organization noted that the number of emojis submitted for approval has diminished over the years. While this year’s Emoji 15.0 draft includes 31 candidates, last year’s draft had 112 belonging to Emoji 14.0. All that is dwarfed by 334 emoji submissions shared between Emoji 13.0 and Emoji 13.1. It’s officially the smallest number of emoji ever recommended. It also noted that for the first time, there are no people emoji in the draft.