header-social
Secondary menu
The year may be drawing to a close, but there’s a surprising number of upcoming smartphones scheduled for the final months of 2018 and early 2019. Should you buy now or wait and see what the future holds? To help make up your mind, here’s a roundup of the best upcoming smartphones yet to show their hand.
READ NEXT: Best smartphone – our pick of the best
Announced on 12 September 2018, the two latest (and greatest) iPhones will hit the shelves on 21 September. It’s available for preorder on 14 September.
The new iPhone XS and XS Max differ in display size and resolution – but they’re otherwise identical. They both feature Apple’s brand-new six-core A12 Bionic processor, an IP68-rating, stereo speakers and a dual-rear camera lens. They will come in 64GB, 256GB and 512GB storage options and have Dual eSIM capabilities.
READ NEXT: Apple iPhone XS release date: The NEW Apple iPhone XS and XS Max are here
An Xperia XZ3 already? But didn’t the XZ2 only launch in April? Yes. Yes, it did.
So what can you expect from an update that arrives just six months later? For Sony, it’s all about the screen. Moving away from LCD to OLED for the first time, Sony hopes that you’ll feel as positive about the XZ3’s screen as you do about its best Bravia TV sets. Has the gamble paid off? We’ll know soon. Sony will be releasing the handset in the UK on 5 October 2018, so stay tuned for our full review.
READ NEXT: Sony Xperia XZ3 hands-on review
The Pixel 3 XL has been spotted so many times out and about (most recently, one was left in a taxi) that it’s just about the worst-kept secret in tech. Those allergic to the iPhone X-style notch should look away now because, unfortunately, the Pixel 3 XL’s is enormous.
Less is known about is the more diminutive Pixel 3. In the past, Google has offered some of the best cameras in the business, and it would be surprising if Google didn’t have some tricks up its sleeve to push it ahead of the Samsung Galaxy S9 and Huawei P20 Pro in the photography stakes.
While Google has not directly announced the Pixel 3, tech journalists have received an exclusive invitation to a launch event taking place in New York on 9 October at 4pm BST, where Google’s latest handset will be revealed. Preorders will be available immediately afterwards, and the phone is expected to ship before the end of October. The previous model, the Google Pixel 2, was announced on 9 October 2017 and was available to buy from 19 October.
READ NEXT: Google Pixel 3: Google accidentally confirms new phone 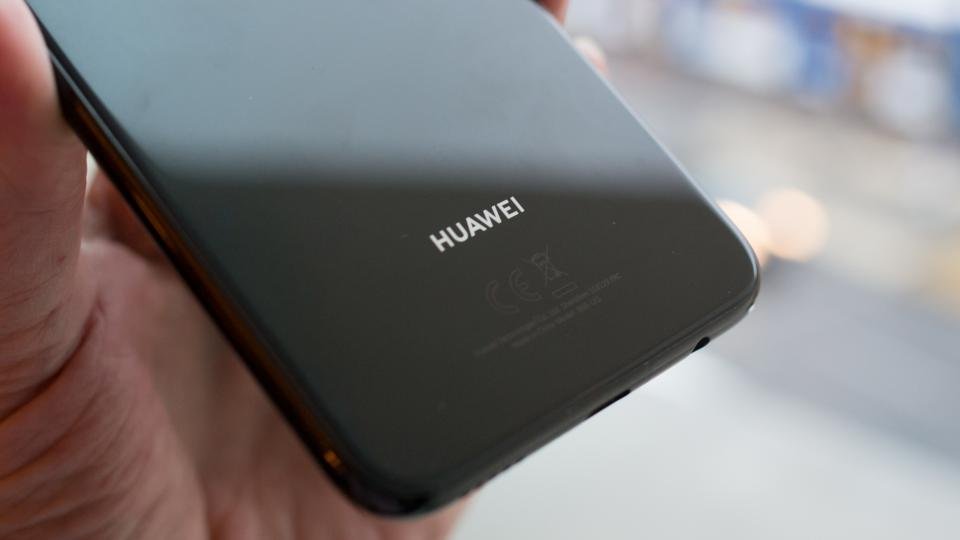 Huawei has already unveiled the Mate 20 Lite, but what good is a “light” version of a phone without a more powerful sibling? Relax, Huawei has plans on the way and all will be revealed at an event in London on 16 October.
Very little is known for sure, but expect a regular and Pro model, both powered by the upcoming HiSilicon Kirin 780 processor – an improvement on the 770 found in the wonderful P20 Pro. The Mate 20 Pro will likely also be borrowing the P20 Pro’s three-camera setup too, as well as incorporating a “teardrop notch” to maximise screen space.
READ NEXT: Huawei Mate 20 rumours
The iPhone XR is aimed at those who can’t afford the new iPhone XS or XS Max. That said, the XR still isn’t cheap – prices start at £749 for the 64GB model.
What does a massive wad of cash get you? A superfast A12 Bionic processor, 64/128/256GB of storage space, a single rear-facing 13-megapixel shooter and a 6.1in Liquid Retina LCD display. So you don’t get the dual rear-facing cameras – nor an OLED Super Retina display and the ridiculously large 512GB of storage space to play around with.
The iPhone XR will be available for preorder on 21 October, while it’ll be shipped on 26 October 2018.
READ NEXT: Apple iPhone XR: The cheapest of Apple’s three new iPhones
The OnePlus 6 was a massive hit with everyone – it’s the phone to beat, especially at its price. However, there are already rumours surrounding the OnePlus 6T. The new OnePlus phone is rumoured to have an in-display fingerprint reader, triple rear-facing cameras and, controversially, might not have a 3.5mm headphone jack.
From the screengrab above, you’ll be able to see that 15 January 2019 is marked on the calendar – which would make sense, as it would be six months after the release of the (still new) OnePlus 6.
READ NEXT: OnePlus 6T release date and price rumours
Fresh off the back of the Galaxy Note 9, Samsung is likely to launch the S10 in January, or alternatively March or April.
As that’s so far off, you might wonder what we can possibly know. The answer is not very much aside from the usual speed improvements, although there is a strong rumour that the company will finally have cracked the in-screen fingerprint technology it’s been threatening to unveil for a while.
READ NEXT: Samsung Galaxy S10 price, release date and specs rumours
The best budget smartphones you can buy
The UK’s best broadband providers – plus Black Friday deals
The best Samsung phone to buy in 2022
The best smartphones you can buy in 2022
The best phone cameras in 2022
The best mid-range smartphone this Black Friday
Which Ring video doorbell is right for you?
The best budget, mid-range and high-end Android phones
Black Friday savings on the best printers to buy from £47
The best 4K HDR TVs you can buy
iD Mobile review: An INSANE Black Friday bargain
Nokia XR20 review: Cheaper than ever for Black Friday
Anker Soundcore Life Q30: Effective ANC on a budget
JVC Fire TV Edition review: Now even cheaper at £279
Huawei MateBook D15: A thoroughly decent laptop
OnePlus 10 Pro review: Nearly there
OnePlus Nord 2 now available as PAC-MAN special edition
OnePlus Nord 2T 5G review: A minor but worthy upgrade
Oppo Find X5 Pro review: A bit of a beauty this Black Friday
This Samsung Galaxy Z Fold 3 deal just got even crazier
This Black Friday Pixel 7 Pro deal is LUDICROUS
The Pixel 6a is the best smartphone deal this Black Friday
This RIDICULOUS Pixel 7 deal gets you a free £100 gift card
OnePlus 10 Pro review: Nearly there
The best Wi-Fi extenders to buy from £35
Copyright © Expert Reviews Holdings Ltd 2022. All rights reserved.
Expert Reviews™ is a registered trade mark.